Back to school part 2

My ass is back into gear! I’ve had a bit of time off but I’m ready to ROLL!! 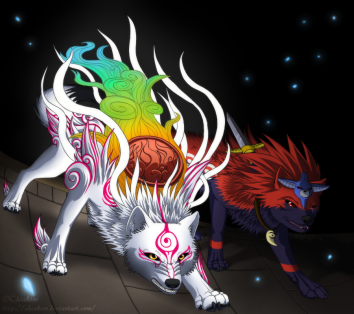 …maybe not this ready

So I’ll start with how the school year is going. It’s been nearly a month and I’ve learned… nothing! Joke.

Our modules are set out a little differently this year; I no longer have to do Japanese Reading and Writing because I was ahead last year (shwing!) and instead there is an extra module called Japanese Conversation (does what it says on the tin really) as well as the usual grammar lessons. Hopefully by the time I go to Japan next year my language skills will be SUPER AWESOME!

Other than that I am doing a semester of Methodology of Foreign Language Teaching, where we learn about how to teach foreign languages! I’m attending a seminar about the JET programme later today, for those of you who don’t know the JET programme is an exchange and teaching programme between Japan and other countries. It’s quite a big deal and very helpful if you manage to get in, it’s something I might consider when I finish my degree (‘when’ being the key word here!)

We’ve also got quite a few seminars about our year abroad (SO CLOSE NOW!!) which I am super excited about!

And of course I haven’t forgotten about the lovely team at Japan Cinema, occasionally I have to check out the ‘About’ section to make sure Marcello hasn’t gotten rid of me for being such an aweful team member! Now that university is back on my life has more structure and I can write again! And hopefully I will have more readers too!

Nearly back to school!

Argh! It’s nearly time to go back to university! I am so excited!

I’ve had a really awful month, a lot of bad things have happened so I’m really ready to get back to life. I started by writing another review for Japan Cinema! Can’t wait until it’s up!

I also went for a run today (shock horror!) I couldn’t believed it, there was so much sweat!

And I’ve been learning Japanese too. I’m quite pleased with myself actually, I’ve been doing new vocabulary for September so that I can be a little ahead when I start. Luckily Sensei gave me the whole vocabulary list before I left so I figured I’d be an idiot not to use it!

Before I go back to uni though I have to move house, meh! I hate moving house, but this time at least I’m living with 3 wonderful girls and we have a dog! How exciting is that! I can’t wait to take him for walks (I’m so sad I know!)

Apologies served with a review to sweeten you back up!

Well it’s been a while, but hey summer seems to have finally arrived in jolly Old England, a girl’s gotta enjoy it while she can! I also went on holiday and in between I’ve had to show the shoe industry how to make money. Before all of this I wrote a new review and I haven’t even checked that it got put up! Obviously it did, here it is:

I promise to be back soon! I have to get back onto revising some Japanese!! September is so near now, it’s kinda freaking me out!

The moment we’ve all been waiting for… 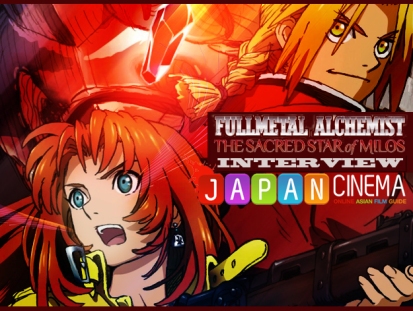 I cannot tell you how happy I feel about it! I want to give many thanks to Marcello and of course John (who gave me the opportunity in the first place) I feel like I’m accepting an award at the Oscars.

So after passing my exams and getting my interview up, I’m a pretty happy woman!

I have to apologise for my lack of posts recently, I try to keep this blog as much Japan-related as possible, which is not so possible when I’m not in university as the only Japanese thing that happens to me is my occasional trip to Noodle Nation (which is Chinese anyway). It’s nice to see people are still reading though, thanks guys.

My wonderful Japanese teacher emailed me after I passed my exams to say well done, it was emotional. I haven’t been doing much (or any) Japanese learning recently, this needs to change! I’ve been working almost every day so it’s hard to get the motivation, but after my holiday (in 2 weeks I go to Amsterdam!!) I’m going too get right back on it!

Thanks for all the congratulations messages from you all 🙂 it was so much appreciated. I haven’t forgotten you.

NEW POST FOR LINGUALIFT!!!!!!  It’s about lesbians in Japan. I did an essay on this topic and I found it really interesting, so please read! (Click the pic) 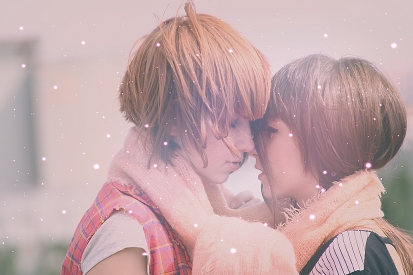 Sorry I’ve been away for a while, I’ve been back home to Liverpool (YAY) Before that I interviewed the creators of Fullmetal Alchemist!!!!!!!!!!! The interview will be up on Japan Cinema soon, I’m so freaking excited!

Oh and the best news of all I PASSED ALL MY EXAMS!!!! Wow! I got all B+ so that ain’t half bad! My sensei even emailed me to tell me I’d done really well! Wonderful news 🙂

I’m just working full time at Russell and Bromley right now so life is a little dull, but I must get back to studying Japanese!

So I have some brilliant news, next Friday I will be interviewing the creators of Fullmetal Alchemist! *scream* 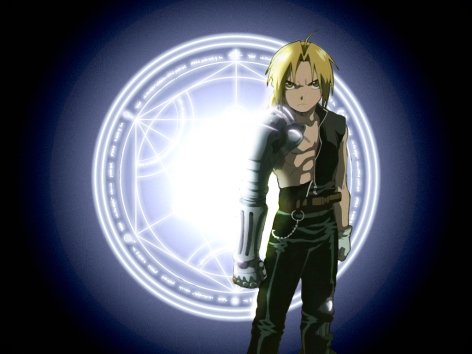 This amazing opportunity has arisen after one of the glorious staff members of Japan cinema (John) unfortunately realised he wasn’t able to make it and so passed it onto me. I am so super excited!!! Thank you John (I don’t actually think he reads my blog? Actually I’ve never read his either… here’s the link, you guys check it out and I’ll catch up later: John H Marshall)

So from the information I have, the interview will be in London with 2 other journalists (I say ‘other’ as if I am actually a journalist!) and it will be around half an hour long with Mr. Kazuya Murata and Mr. Masahiko for the release of FMA 2: The Sacred Star of Milos. I have a bunch of questions already and now I’m just rekindling my love for the series by watching the whole thing again! Why not ey!

So as today is my day off from the shoe-craving public, I am going to lie in bed, watch Fullmetal and write for Japan Cinema and Lingualift. (With plenty of tea!) 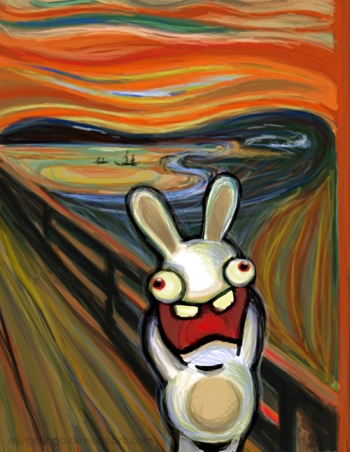 This is not an overreaction of my feelings!

I am so scared you cant imagine! BUT to take my mind off these awful events I HAVE A NEW REVIEW! It’s literally been months! So here you go guys enjoy… I’m off to face inevitable doom.

I’M SO SORRY PLEASE COME BACK!

Right well I’m finally back! The month of coursework hell is over!!! All I have left is 2 exams and I’m FINISHED with this year!!! So this is the part where I apologise about the quite frankly crap effort I’ve been making in every other part of my life that doesn’t involve coursework: 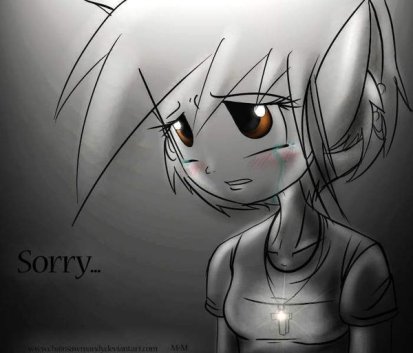 So let me update you on the last month: COURSEWORK. JOB, STRESS.

That’s pretty much all I’ve been doing! Japanese seems to be going pretty well, I feel ready for Friday’s big exam. The exams are multiple choice BUT with negative marking if you get the answer wrong, intense. You better all wish me luck! So today I’m going to be mostly going over grammar points (I hate grammar!) Too many particles to understand, so I went and bought myself a super book to explain the lot to me BUT I can’t even understand the ENGLISH words (words like idiocyntasmiplosia… hnn, not exactly that but you get the idea).

Also gonna review a filmy for the beautiful Marcello 🙂

Well, after much demand I’m back for another post! 🙂

And today’s topic is…. Suicide in Japan. Such folly (this is obviously a joke let’s not take my idiotic humour seriosuly for this post guys.) 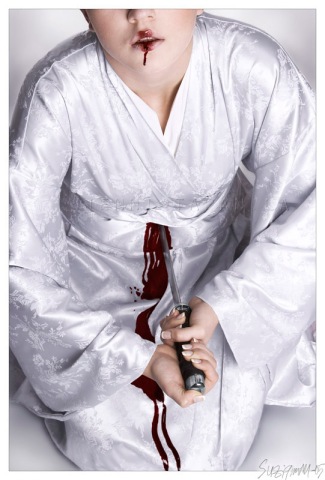 As per usual this is for research, more specifically for a presentation that I’m doing next week with my new friend (hello!) and some other guy… don’t know his name, I’m a bad person.

People may remember that after I posted a review on Suicide Club for JapanCinema.net I recieved a rather informative comment about suicide being a serious problem in Japan (If you don’t know what I’m on about then you obviously didn’t read my review, get a grip and read it now… Suicide Club Review)

OH MY GOD my new review is up… sorry, getting sidetracked, I’ll get back to that..

So yeah, suicide… as in all countries reasons such as depression and unemployement are main factors, but Japan also has the whole issue of social pressures; school grades, doing well in a business etc. AND THEN there’s stuff like ‘double-suicides’ (forbidden lovers and all that) and honourable suicide within war, covering pretty much all reasons why anyone would want to kill themselves, ever. A quick Googling bring up ‘suicide apartments’, the ‘suicide forest’ (Aoikigahara – the world’s second most popular suicide location. If you must know number 1 is the Golden Gate Bridge, there was a documentary made about that, I saw it and it freaked the crap outta me, you actually saw people die… I’m getting sidetracked again.) There was also apparently a rise in suicides int he area after the Fukushima disaster. So it’s all quite intense and rather disturbing from what I can see.

NOW my new review, also rather apt if you ask me, READ:

Aw man, I’ve just bought a muffin with fruit in it! That’s not cool! It cost me like £2! Still gonna eat it, obviously. 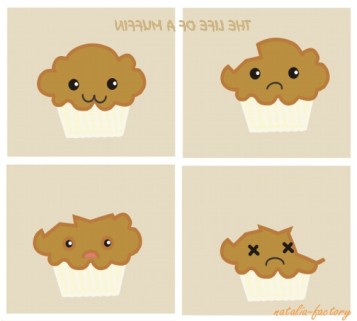 Just finished my review for Japan Cinema… though I’ve left half of it at home so I can’t even send it off, frustrating! The rest of today will be spent learning Japanese? I’m in the middle of doing some sort of oral test which I haven’t actually started yet, it includes putting on an awful headset and recording yourself reciting a poem for a member of my class to then listen to and JUDGE! These are things that I do not like. (I’ve gotten muffin all into the gaps on this keyboard… I guess that’s why we’re not allowed to eat in the library!)

Possibly gonna do some work on this Gender essay? I have 2 essential books from the library for a limited time only so I might as well make the most of it!